I've been wanting to create a Fairy house all year and finally got around to it.
It's a good warm-up for getting back into the Putz house construction groove again.
So beginning with a round 3" paper mache box....... 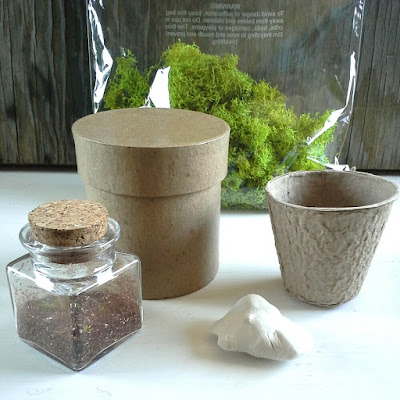 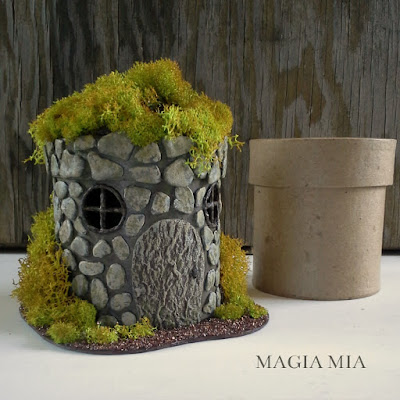 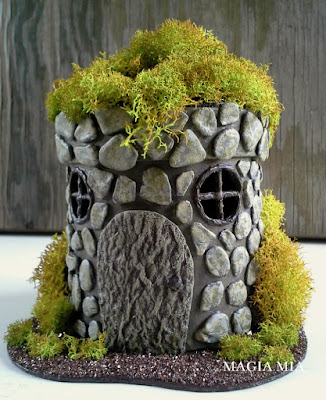 I wanted this creation to have the versatility of being either a trinket box or Fairy house,
thus the lidded box. 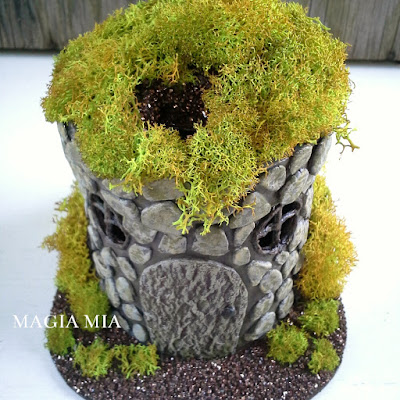 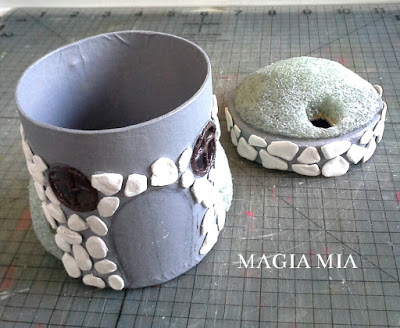 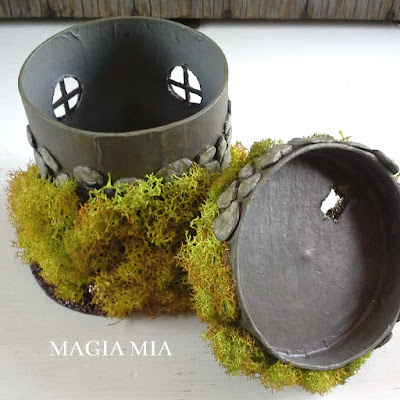 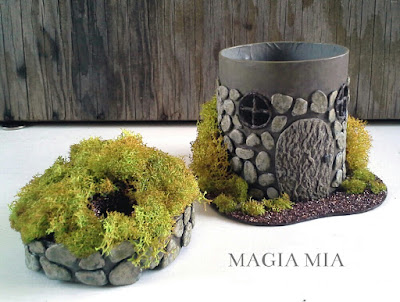 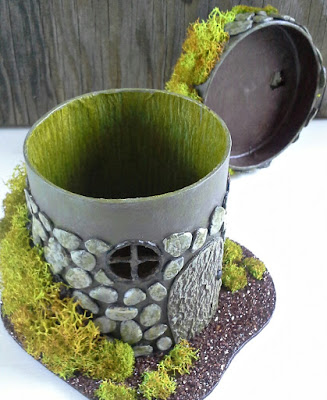 I cut holes for windows so they could be illuminated with a battery tealight. The lid of this paper mache box has been properly camouflaged, and I added the fun feature of a "skylight" into it, so light will shine through it as well.

UPDATE:
I just lined the interior with crisp moss green crepe paper,
so I think the vivid color will be a great contrasting
backdrop through the windows when lit up! 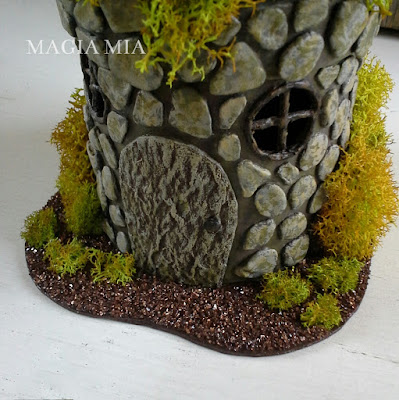 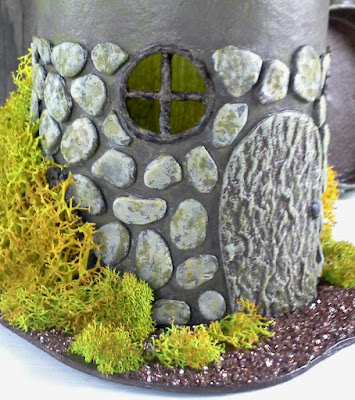 To add a little more whimsy, I used my brown German Glass Glitter for the soil around the base as well as lining the skylight hole. I'm hoping this will make the skylight twinkle when it's lit. 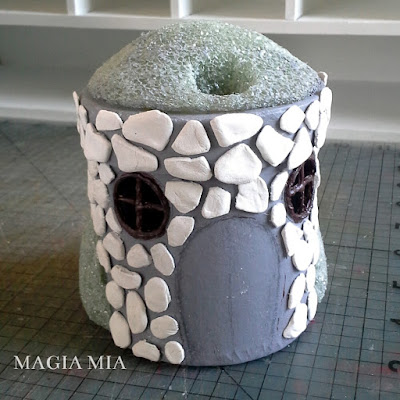 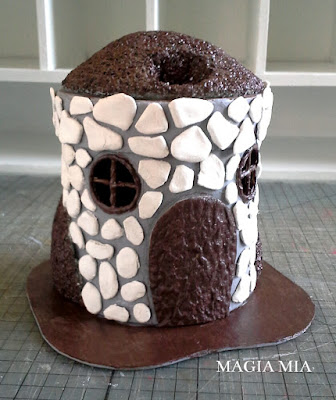 I made the door from the pulp seed starter
pictured at the top of the post.
After playing with its bark-like texture this Spring
for my Woodland Fairy basket & cup,
I knew it would be perfect for a house door. 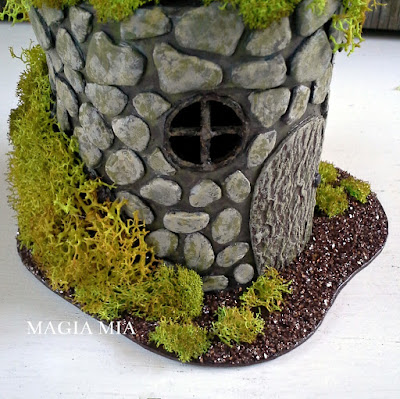 Though these Paperclay stones are easier to shape than cutting real stone, not sure how ambitious I am to create this finish multiple times. I usually see this type of surface imprinted or drawn into a sheet of clay, but I formed itty bitty individual stones, then glued each one to the wall. I also mottled several different paint tints to each one. Oy! 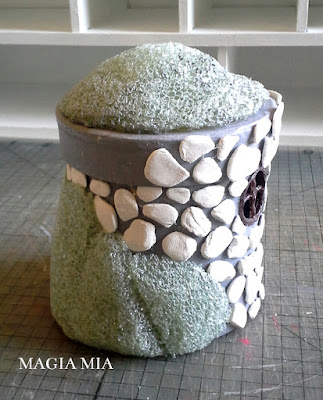 I painted the styrofoam brown before gluing on the Reindeer moss,
since it represents the earth the moss is growing on. 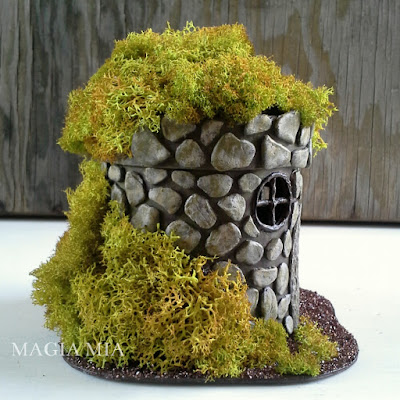 Inspired by Hobbit houses, I gave this the look of being built up against a mossy hill. Now of course a true Hobbit house would be a lot more of a mound, with the unmistakable round door, but I think this could still find a place in Hobbiton. 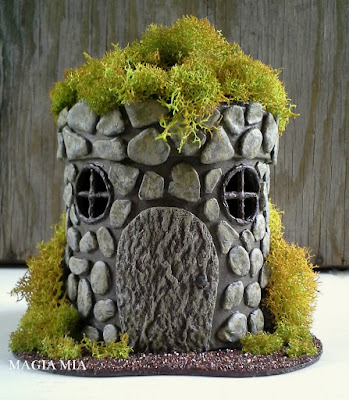 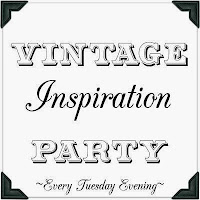 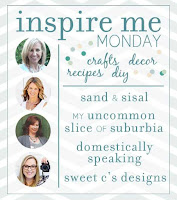